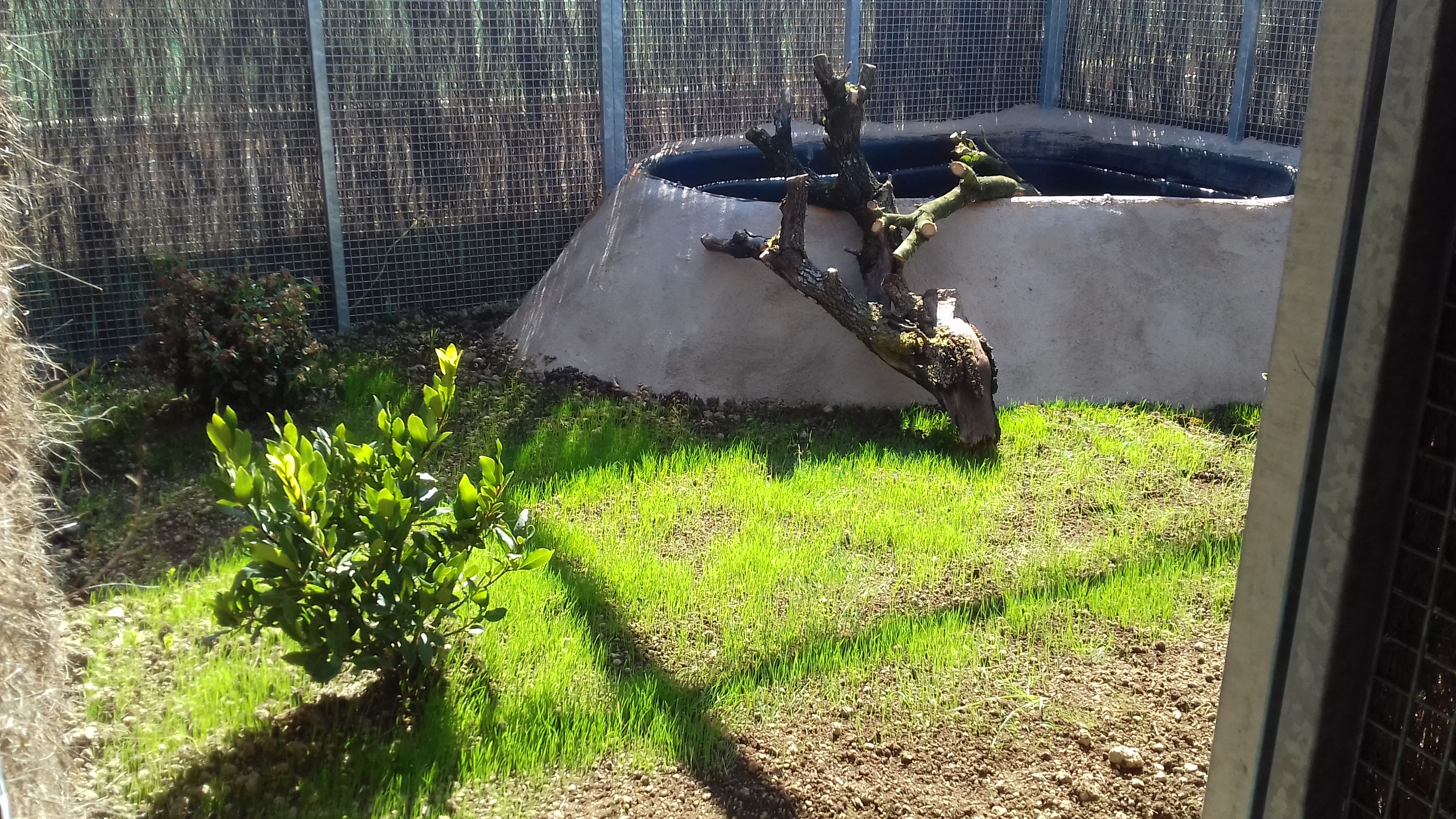 The objective of this action is the construction of pre-release enclosure in centers of fauna or collaborators of the Program of Conservation ex Situ of the European Mink, also it will fit two pre-existing enclosures in the Wetlands of Salburua located in the LIC ES2110014.

The function of these facilities is to house the captive specimens before their release and to keep them in semi-liberty conditions with previous training that will improve their survival in the natural environment.

The pre-release enclosures have a minimum space of 40 m2 and water rafts. All of them are naturalized. In addition, they are isolated to avoid the human contact, the possible predators and accidental escapes.

Thanks to these facilities, the management of captive specimens will be optimized with a greater contribution of live prey and less contact with the keepers and the survival of the acclimated specimens in these enclosures will be increased after their releases.